First of all, I don’t recommend it: spending less than 24 hours in Baler. Unless, you’ve been stuck in the city for months, have been salivating over beach photos in your Instagram feed, have a company outing, or all of the above. Then, it’s a welcome escape.

Baler, a coastal town in Aurora province, is known as one of the top surfing spots in the country. Pounded by the waves of the Pacific Ocean, Baler is reportedly where surfing was born in the country after the film crew from Apocalypse Now surfed and left their boards back in 1979. These days there are several surfing schools and resorts that dot the stretch of Sabang Beach in Baler. One of them is Costa Pacifica. 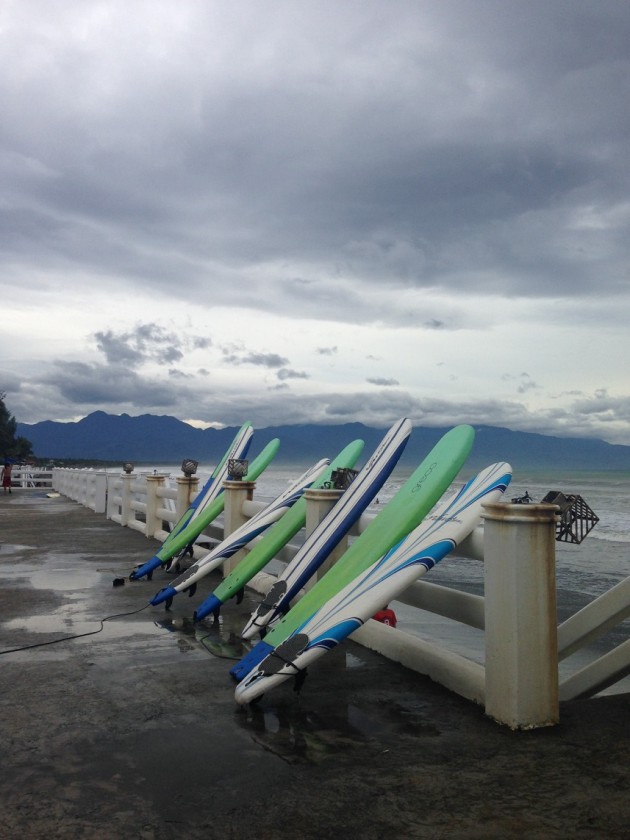 Having only opened last year, Costa Pacifica has earned a reputation of being one of the more comfortable accommodations you can book in Baler, where backpacker inns also abound. I wasn’t really keen to learn how to surf, especially when there was a typhoon heading in the area–oh, who am I kidding? That weekend, my idea of being adventurous at the beach was drinking cocktails by the pool, even as it was raining.