Since Baguio is a popular destination for Manila folks , sometimes you end up going to the same places every time you make your way up the mountain city–Cafe By The Ruins, Camp John Hay, the public market, Session Road, Tam-awan Village, Burnham Park, Mines View Park, Good Shepherd Convent.

They’re all worth a stop, but when a new place opens, and one that showcases contemporary art from the country’s masters as well as the indigenous Cordillera art and crafts, one has to set aside a morning (or afternoon) devoted to just exploring and appreciating local artwork

END_OF_DOCUMENT_TOKEN_TO_BE_REPLACED

Have you ever walked into a bookstore, told yourself you’re just going to browse, and ended up being drawn to the cash register with a couple of books held close to your chest? I have. Too many times. I get this giddy, triumphant feeling, especially if I find the title I want under a heap of books on sale. (Particularly, because I’m not the most patient bargain hunter. In fact, I’m one of those people who’ll likely sit out one of those scavenger hunt games.)

And then I get home and look at my bookshelf, the bedside table, my desk, the boxes beside my desk, my work chair, and wonder if there’s still some space or surface besides the floor where I can put these new books. Where can they join the rest of the unread books scattered about or shoved in little corners? This is the time I tell myself I shouldn’t go inside bookstores every chance I get. Ignore the sale sign. Ignore the wonderful smell of books.

When we went up to Baguio, this note to self was completely set aside as one of the places on top of my must-see list in the city is the bookstore next to Casa Vallejo called, Mt Cloud Bookshop. A friend of mine told me about it, so after P and I put down our bags and got settled in the house, we headed to Casa Vallejo and the bookshop. 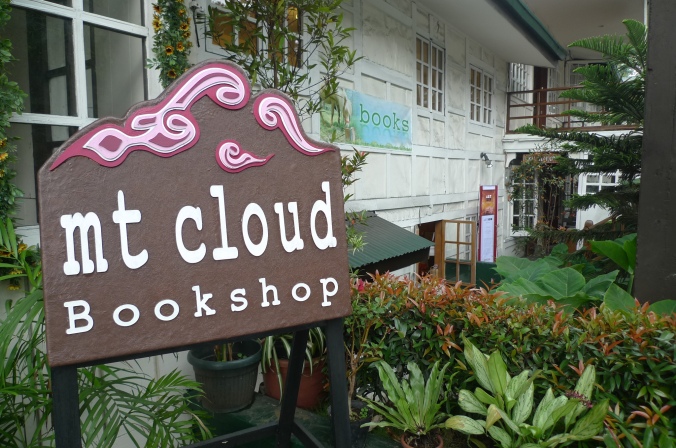 END_OF_DOCUMENT_TOKEN_TO_BE_REPLACED

When I was recalling some of my most memorable travel lodgings, I included Casa Vallejo in Baguio because it scared the living shit out of me and my companions when we stayed there more than a decade ago, just before it closed. We never actually saw anything, we just heard creepy sounds and felt the heebie-jeebies all throughout our stay. Well, I finally made it back to Casa Vallejo on a recent trip to Baguio. 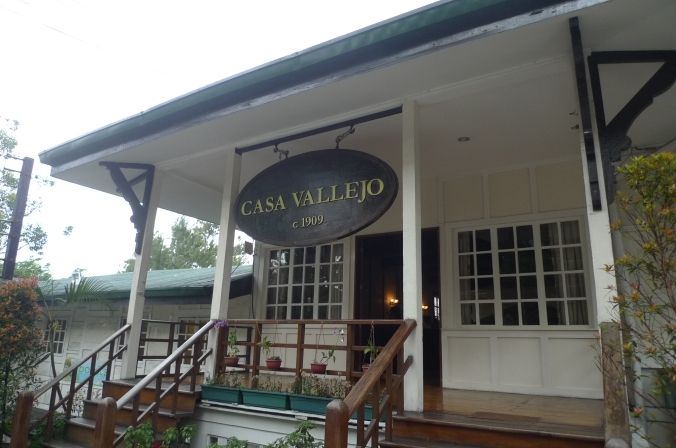 A friend was providing us free accommodations, so we didn’t book rooms in the newly refurbished boutique hotel. And refurbished it truly was. It had a bright and more polished looking lobby, the hallway was no longer as dim as before, and most importantly, that eerie I-feel-like-somebody-is-watching-me-from-the-end-of-the-creepy-hallway was no longer present. (It helped that at the end of the hallway, where the old ballroom used to be, was now the lobby with a cheery staff behind the counter. And we didn’t stay for the night, so we’re not sure how it ‘feels’ then.)

END_OF_DOCUMENT_TOKEN_TO_BE_REPLACED

I just found out that Casa Vallejo, the oldest hotel in the mountain city of Baguio which was built in 1909, reopened early this year as a boutique hotel. It’s been around since the American Occupation and was one of the very few structures that survived the carpet bombing of the Japanese during WWII. But though it was spared in the war, the years were not as kind. It went the way of like many old pieces of architecture around the Philippines–decrepit and looking as if it’s about to crumble under its own weight. Right before it closed in 1997, when my sister and I and two friends found ourselves stuck in Baguio because we didn’t reach the last bus to Sagada, we ended up staying in this old hotel. And though that was more than a decade ago, Casa Vallejo remains one of the most unforgettable accommodations I’ve ever had on the road. And it got me thinking of some of those memorable hotels, resorts, or guesthouses I’ve temporarily called home while on a trip–whether because they sent chills down my spine or were just unbelievably chilly.

1. Casa Vallejo (along Session Road, Baguio). Aside from the fact that it looked like it was just a couple of days away from attaining condemned building status (turned out they were closing it in a few months), the place just gave us the creeps. But we were in Baguio during a holiday and it was one of the few places with available rooms and they were cheap too. It only had shared bathrooms so using the toilet in the middle of the night meant getting out of our room onto an eerie and dark hallway, climbing the creaky staircase and running to the bathroom, while trying not to look behind you where Casa Vallejo’s old ballroom stood. The huge room was always dark and it had a heaviness around it. I always felt like I was being watched from that room and I refused to look at it. I later found out that it was where colonial government officials and the society belles before the war used to party. Well, it felt like they were still all there, wondering what happened and looking out the hallway. At the time, I felt like maybe I was letting my imagination run away with me, but when we got back to Manila and told people where we stayed, we were told that the place was haunted. That before it was a hotel, it had served as a prison and hospital during the war.