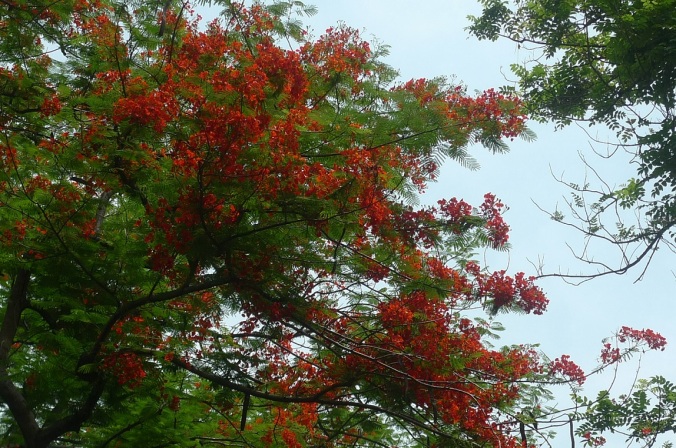 As much as I love summer, I love it more when it draws to a close. Besides the end to the scorching temperature in this side of the equator, it also means fire tree season!

Fire trees (or flame trees, Delonix regia) is a flowering tree that grows in many tropical parts of the world, like the Philippines. Truth be told, I only began to notice it and its bright red-orange blooms when I was in college, where the university I attended and the other university I would pass by in my commute from Manila to Quezon City, both had these trees in relative abundance. By the time school would start in June, they would already be proudly displaying their cheery color amidst a blanket of green.

The same month though is also the start of the rainy season, and those bright blooms find themselves scattered on the ground not for long. But for a few weeks, we get to see them put a delightful display. And it never fails to make me smile.

Once, I wondered out loud why people didn’t plant more of them in the city, line streets with them. Just imagine how pretty it would be! A friend who grew up in a farm then told me that they are notorious for harboring higad (those itchy, hairy caterpillars) and fire ants. She had an unpleasant experience with them and obviously didn’t share my enthusiasm for fire trees. I guess any visions of hanami-like (cherry blossom viewing) activities were out of the question.

But potential higad-infestation notwithstanding, I still try to go out of my way to look at fire trees. Years ago in UP Diliman, I once chanced upon A. Roces Street when its fire trees were almost all abloom. It was late in the afternoon, the street was almost empty, and there were these trees just putting a sort of  bright, happy punctuation to an ordinary day.

I took a stroll down there again last Sunday. The fire trees had not yet all bloomed (or maybe they had and I missed them) but I still saw some of the flowers clinging to their branches. 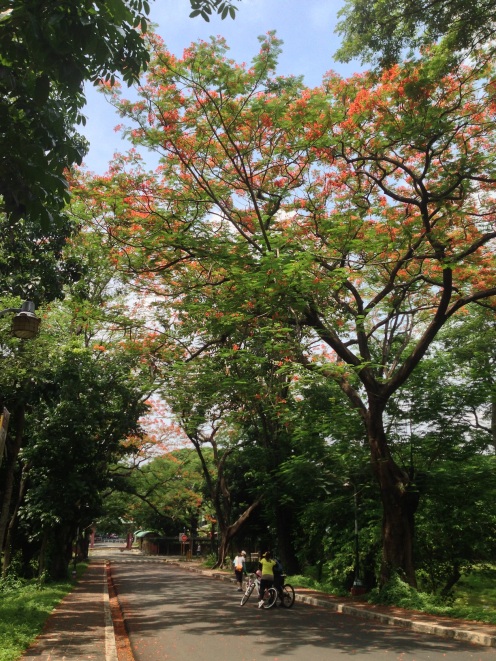 Bikers along A. Roces Street and under a fire tree 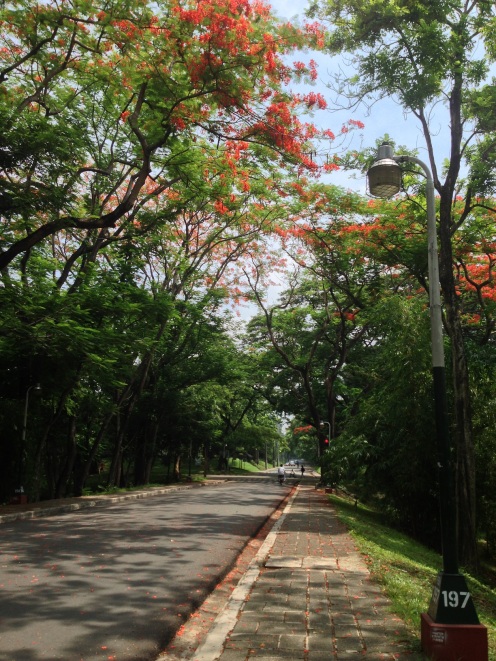 Keep blooming, you can do it! Imagine when more of them are bright red orange 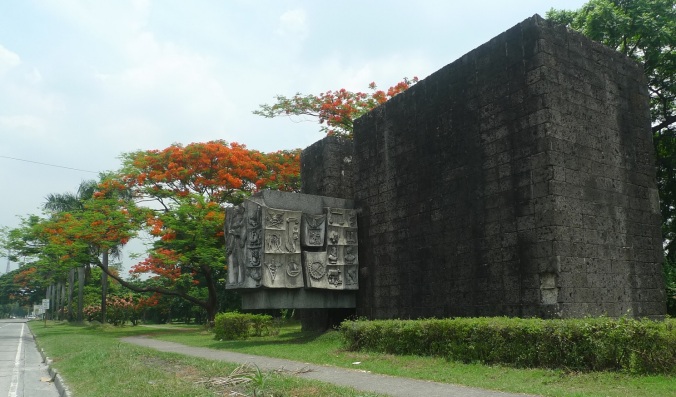 Heading out, along University Ave 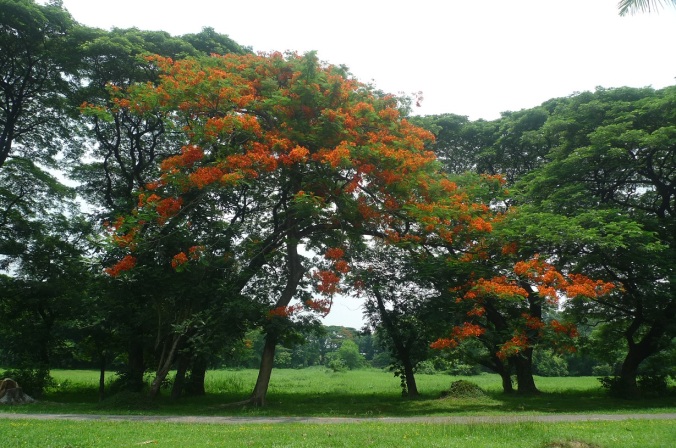 Bye, fire tree, until next year