Whenever I travel and find myself gazing at some intriguing structure of some other city, watching also fellow travelers flocking to it, I find myself wondering: which places and structures back home merit the same admiration or at the very least, curiosity?

Manila or even the Philippines is usually not on the shortlist when it comes to eye-popping architecture. No, we don’t have pyramids, grand castles, and towering structures to take your breath away. (We have lots of beaches though, check this, this or this.) In the capital, most of the beautiful colonial buildings were destroyed during the World War II when the Americans dropped them bombs to finish off the Japanese.

When I worked for a teen fashion mag years ago, I sat next to one of the editors of the shelter and architecture magazines of the publishing company. Sitting next to her didn’t make me imbibe special architecture and design knowledge, but I did think of her when I posed that question to myself a couple of months back: Where in Metro Manila can you see historically significant Philippine architecture?

Aside from the historic churches and the old walled city of Intramuros built during the Spanish times that are typical tourist fare for Manila sightseeing, there are other areas with structures that are worth a look for the history they carry. Within a university campus, a residential neighborhood and even a cemetery, here are the places where Real Living magazine editor in chief Rachelle Medina recommends if you’re on the lookout for some historic pieces of architecture.

Aside from being one of the country’s top universities (not to mention a favorite Sunday running spot), Rachelle says that UP Diliman has the best example of post-war Philippine architecture all in one area. And they’re all made by some of the country’s national artists: Cesar Concio, Juan Nakpil, Juan Arellano, Leandro Locsin, among others.

The Church of the Holy Sacrifice is likely the only church in the country created and designed by five national artists–Locsin for architecture, the River of Light floor design by Arturo Luz, the crucifix by Napoleon Abueva, and the Stations of the Cross by Vicente Manansala and Ang Kiukok. It stands out compared to other popular Catholic churches in the country (with their towers and columns) because of its circular shape, its concrete dome (a first back in the mid 1950s), and the location of the altar in the center.

Just across the street is another place of worship, the Church of the Risen Lord, by Concio who also designed Malcolm, Melchor and Palma Halls. “There are a lot of hidden gems [in UP Diliman], like the International Center–para siyang panyo na nakataklob, ang ganda-ganda niya (it’s like a folded handkerchief, it’s very beautiful),” adds Rachelle. All these post-war buildings, she says, are examples 1950’s international design, created by the first batch of foreign-educated architects who came home and made a mark in Philippine architecture. 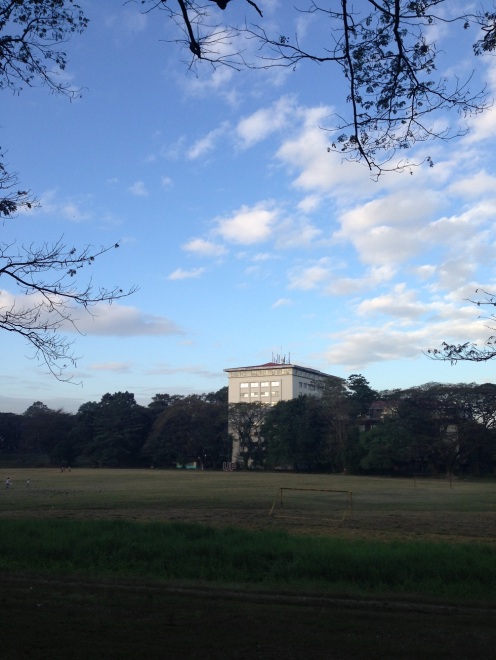 Gonzalez Hall by Juan Nakpil is located in the middle of the Academic Oval, beside the Sunken Garden of the campus. 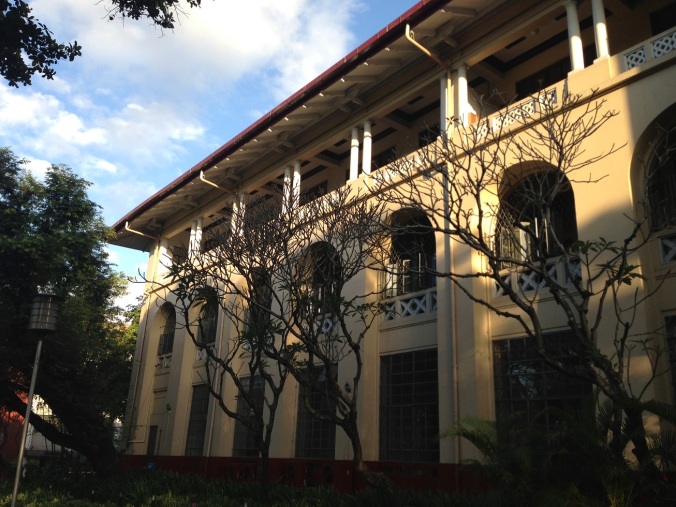 Yes, a cemetery. And unfortunately I don’t have photos of this one. Though growing up in Manila, we used to pass by this place all the time and I never knew it held some pretty interesting works of architecture.

Rachelle includes it in this list because if, “UP is all about post-war architecture, Manila North Cemetery is the best example of pre-war architecture–Art Noveau, Classical Revival, Art Deco, all those styles in one area.” And you can see them all in the grand mausoleums of some of the country’s prominent families in history–from presidents to painters. Be warned though, if you plan to go there, know that families have made some of the mausoleums home, and a quick online search of images of Manila North Cemetery should give you a pretty good picture of what to expect.

This city north of Manila is mostly known for its good food (its local noodle dish pancit Malabon and various rice cakes) and (unfortunately) its constant flooding. But it should also be known for its heritage houses.

Rachelle says: “You don’t have to go all the way to Ilocos to look at old houses, Malabon is full of it! There’s a street called Cayetano Arellano, it stretches to three barangays and you’ll find all the old houses.” Just how old? From its architecture, Rachelle estimates  some dating back from the 19th century to the 1930s. 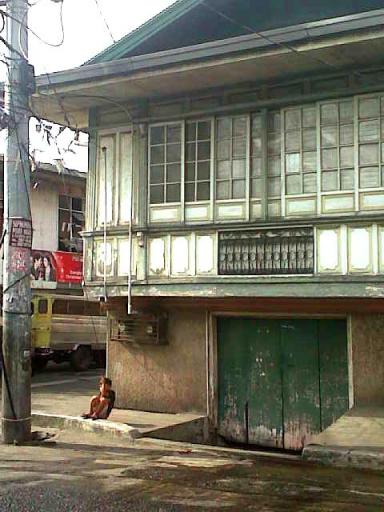 One of the homeowners explained to her that the families who own those well-preserved old houses are a proud people; they pass down their houses to the next generation and as much as possible they keep it in its old design.Rarely do they sell their homes; if you see major changes on the house, it only means one thing: it was sold to someone who’s not from Malabon.

The photo above doesn’t do the old houses justice, here are two blogs I discovered on the heritage gems of Malabon (in My Malabon) and more photos of the Malabon homes (via the Heritage Conservation Society’s online database).

Going to Malabon might be a bit of a challenge if you’re not familiar with the area. It can also look a bit daunting for non-Filipinos too as the streets are congested, narrow and gritty and you might ask yourself if you’re on the right track… then past the fish ponds, you’ll find the street lined with many old houses. (And if you do find yourself there, best to make a stop at Rosy’s Pancit Malabon to try the town’s famous noodle dish that’s loaded with lots of seafood.) To commute to Malabon, check this Yahoo! Philippines travel story.

12 thoughts on “Hey look! History and architecture right around the corner”