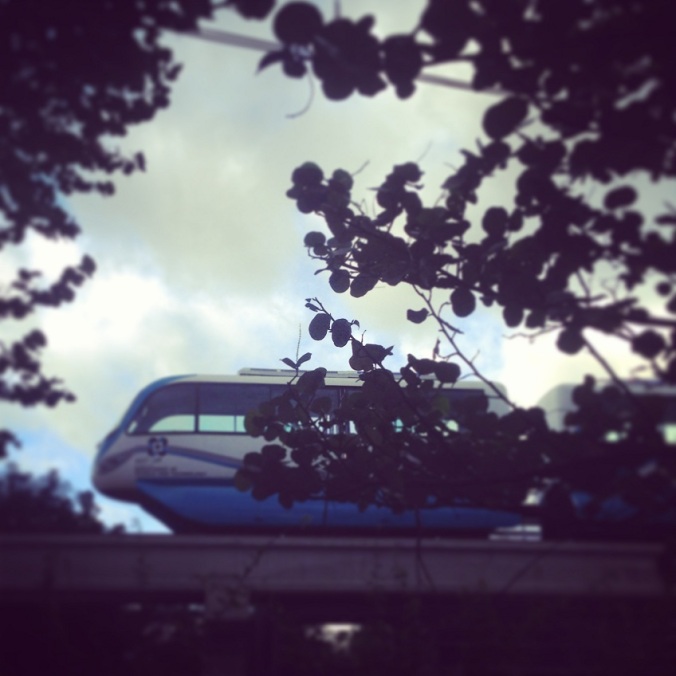 One of the UP monorail coaches atop a test track (and somebody here just got …into filters, hehe)

I have written about my fascination for trains and rail travel in this blog–from finding one’s way in an elaborate railway system during a vacation to surviving the morning rush hour here at home. While I have yet to experience extensive rail travel, and can only dream to see what this ‘architectural historian with a penchant for railroad stations‘ has seen, my infatuation for the railway system remains. Besides the romance that surrounds train travel, it has to be one of the most efficient forms of mass transit–hauling off commuters by the cars and escaping the horrible traffic on the roads.

More than a month ago, the Philippine Railways page in Facebook (oh, why did it take so long for me to know you had a page?!) revealed that new monorail coaches had arrived in the University of the Philippines in Diliman, Quezon City. According to the report, the state university and the Department of Science and Technology developed it–it being dubbed the Automated Guideway Transit System.

For now, the coaches just run along a 465-meter test track and if successful will be used to cover routes of the jeepneys in the sprawling campus. And then maybe onto other routes. (Granted that it continues to be funded and won’t go the way like this Caloocan to Clark PNR Northrail. What could have been an immense improvement and convenience in commute to the public now appears to be a long, abandoned stretch of tracks being claimed by the surrounding foliage.)

The country doesn’t have a fully automated transit system yet, neither do we have a monorail. And the potential of a new train line will excite any railway enthusiast (I am not alone in this, right?) and so before Christmas eve, on the way to my mom’s house, P passed by Katipunan Ave. then onto C.P. Garcia, before we reached University Ave. we could see the elevated track. We followed it and ended up in Jacinto Street near the Veterinary building, where the small coaches rest at the end of the test track. “Go, get out and take a closer look.” My dear husband knows what makes my heart skip a beat. I got out of the car, took photos and oohed and aahed like an infatuated fan. Here’s hoping that next year, the technology gets more fine-tuned and the groups behind this project continue to get financial support. 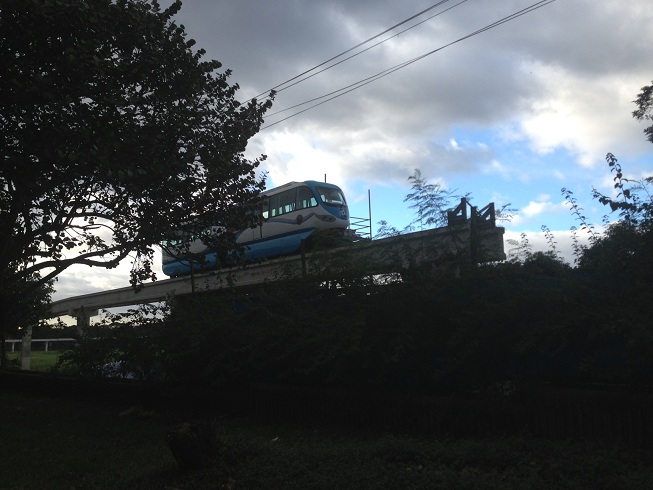 A coach on the 465-meter test track. Not much to look at now, but here’s hoping the government continues to fund this project