Woke up sick a couple of days ago. Spent all day in my pajamas. Made pitiful attempts to write, but ended up crawling back to bed. After a busy week, I think my body just wanted to slow down (that, or it was telling me not to accept any more assignments requiring tasting and ingesting 14 kinds of milkshakes).

I did spend an unhealthy amount of time (there I go again) looking at old vacation photos. And one of the things I have always wanted to post in here are some photos P and I took of the trains and train stations back in Tokyo. They’re not a lot since most days, by the time we reached the stations, we were just too tired or too cold to whip out the camera and shoot.

But I love trains. I love it that we at least have three (soon, four) rapid transit lines running within Metro Manila (Update: This isn’t counting the PNR lines, which go all the way from Manila to Bicol), providing commuters like me a faster and more convenient way to get from point A to point B minus the horrendous traffic on some of the city’s congested roads (Rizal Ave., EDSA, Aurora Blvd). So when faced with a massive and efficient railway system like the one in Tokyo, I can’t help but get some sort of inanimate infatuation.

It can be confusing–the many stations, exits and platforms–but once understood, oh the happy rewards. (Plus, this post I made on planning a trip to Japan also covers how to make sense of the Tokyo transit system.) The heated seats. Listening to the Japanese and English announcements made by a lovely Japanese voice. People watching in a crammed morning subway or in an almost deserted car of the last train (around midnight). And, of course, finding your way from point A to B (with a few transfers, of course) in one of the biggest cities in the world. I feel a little better now. 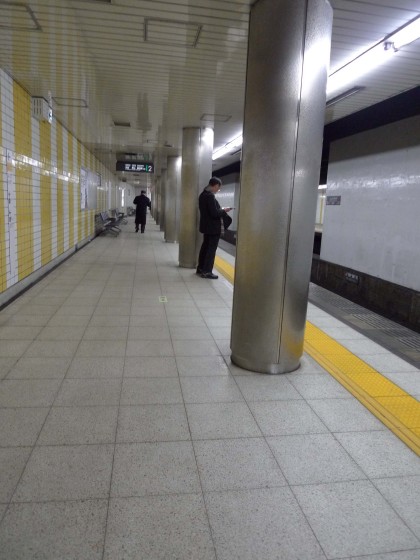 Catching the early morning train. Not a lot of salarymen yet.

Finding our way to Tsukiji Market 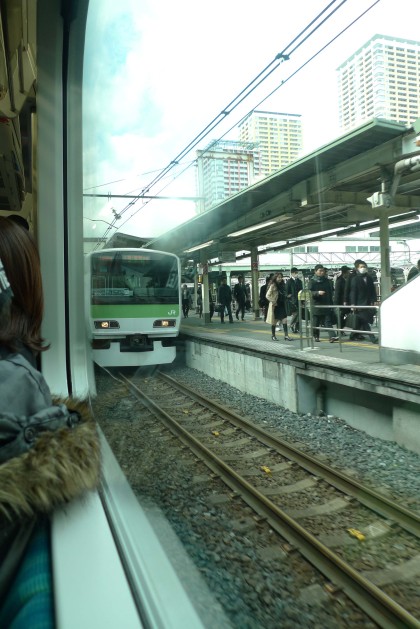 On the JR Yamanote Line, one of the most important train lines in the city. Included in its many stops are some of the city’s more popular areas: Shinjuku, Harajuku, Shibuya, Shinagawa, Tokyo, Akihabara, and Ueno

Some things you can find in a Tokyo train station: a giant stuffed panda…

…and the more common sight, a vendo machine 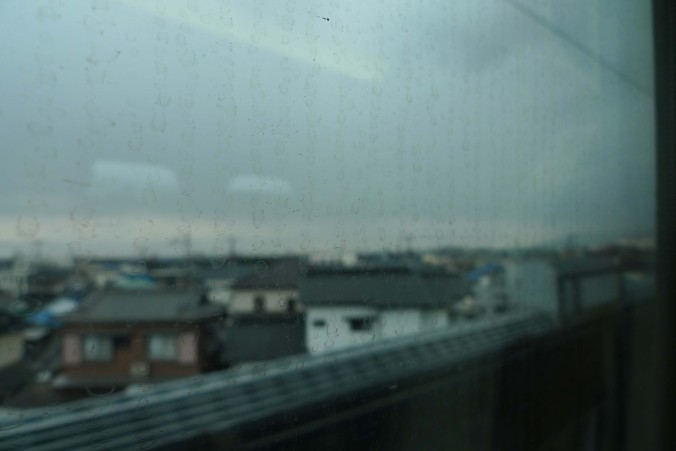 Heading out of Tokyo via the shinkansen. It was a gray morning.

Waiting for the train on a late Friday evening

6 thoughts on “Riding trains in Tokyo”