For a little over three years, I’ve been working as a freelance writer (plus, its other permutations, including hand-holding temperamental art directors) and I love it (not the hand-holding part so much). I love it that I still get to do what I love without having to go to an office and report to work. I love it that when I wake up I don’t have to immediately jump in the shower, groan that I don’t have anything to wear, and brave the rush-hour madness in the train. (I can just have my breakfast and start working in my pajamas, thank you very much!) I love it that I can often write about different things that matter to me. Not all the time, but often enough. (As long as they don’t run counter to my principles, I’m on it. After all, there are bills to pay. ) I love it that there are days when I simply spend it cooped inside the house (or in the case of this weekend, inside a hotel function room next to a buffet spread, while proofreading a manuscript…hmm, buffet). I especially love it when I get to travel to places I wouldn’t have otherwise visited on my own, because they’re not on any tourist map or most people’s travel radar.

Last year, I got to be part of a team that had to travel all over the country for a corporate project on different bodies of water and how they contribute to the town’s livelihood or development. Since the Philippines is an archipelago, there was a lot of ground, er water, to cover. While the two-month long itinerary included trips to tourist-friendly spots such as the islands of Coron, the beaches of El Nido and Caramoan, Sumilon Island in Cebu, the surfing town of Baler, and the university town of Dumaguete, among others, we also had to visit small lakeside rural towns, a couple of middle-of-nowhere sites, and some remote areas near terrorist territory. And we had to travel during the monsoon season. And it involved a lot of boat rides. And I didn’t know how to swim yet. It was thrilling and terrifying at the same time. It had all the ingredients of a remarkable adventure that often pushed me out of my comfort zone.

1. Camarines Sur. Before we headed to Caramoan, we had to go to Lake Manapao in Buhi, where the you can find one of the smallest edible fish in the world, a goby locally called sinarapan. One of the things we had to do to get to the lake was cross this hanging bridge. I am not afraid of heights, I like riding big ferris wheels and standing atop tall buildings, but for some reason I turn into a wimp when it comes to hanging bridges. First, it wasn’t the most sturdy looking bridge and it didn’t help that my companions thought it would be funny to sway it from side to side. Not funny, but at least it didn’t make me retch or wonder whether I was going to make it out of there alive. That honor belonged to the terrifying two-hour boat ride we took from Caramoan back to Sabang.

On the way to Caramoan…when the weather was still fine

On the day we were to leave Caramoan, we were told that the boats were still awaiting confirmation on whether they could set sail as there was recently a tropical storm. (It was raining the whole time we were on the island.) That was likely not a good sign. When the boats got the go signal, our group and all the waiting passengers piled into a mid-sized boat. Just from the port, you could already tell that the waves were strong and before we pulled out, it started drizzling.

The boat had a roof, but to keep passengers from getting wet, particularly by the strong waves, the boatmen dropped some heavy tarpaulin to cover the sides. And they secured it pretty tightly. Should you want to breathe some fresh sea air, forget about it. And more importantly, should the boat capsize because of the huge waves, forget about swimming out of there alive. The tarps were secured so tightly, it’s impossible to loosen its knots in a few seconds, which is likely all it takes for a boat to capsize.

I thought the seasoned travel photographer sitting next to me was thinking the same thing, because he took out a sharp piece of metal (looked like a credit card, but was actually a blade) from his wallet. “Just in case,” he said. The image of water seeping in a sinking boat and trapping us passengers, while actually feeling the boat being tossed around for most of the two-hour journey made it the scariest boat ride I had ever taken to date. I think I prayed all the mysteries of the rosary and I almost hurled in my seat. When we reached the port back in Sabang, I was so happy to plant my feet back on land.

2. A pearl farm somewhere in Coron. Otherwise not open to outsiders, our group was allowed to set sail into a pearl farm. We rode a boat to its ‘leased marine area,’ where they cultivated the pearls inside mussel shells attached to pabitin-like frames, which are then attached to rows upon rows of long, thick ropes submerged underwater. Then we were shown to the island and the small concrete structures where the harvested pearls are taken. It was a unique experience I probably would never get to do again on my own. 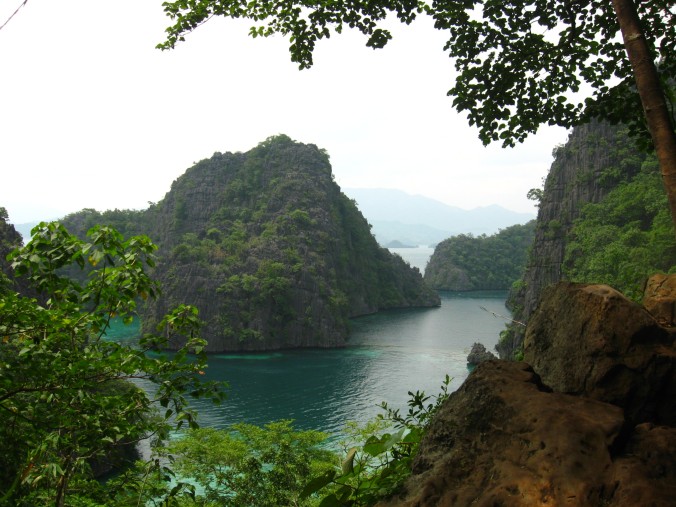 3. Agusan Marsh. I luckily got to go to this vast wetland (roughly the size of Metro Manila at more than 19 thousand hectares) in the middle of the Agusan River in Mindanao to see the small floating communities of ethnic Manobos who have made the marsh their home. Also considered a wildlife sanctuary, the Manobos share the marshland with catfish, carp and crocodiles along with thousands of migratory birds escaping the winter months. The Manobos’ floating houses are tied onto logs so that when the water in the marshland rises during rainy season and subsides during summer, the houses can freely rise and fall along with the water. And should you be curious, no—the floating houses don’t have a plumbing system. The marsh really provides everything to the Manobos—home, livelihood and natural plumbing.

We explored the marsh mostly on a speedboat. The boatman though would shut off the engine every time a local boat passed by. Boats plying the marsh are like canoes or hollowed out logs that have no outriggers. We were told that whenever the speedboat used to pass by the river, some of the local boats nearby would capsize because of the ripples created, throwing off its occupants and the goods they were carrying onto the marsh. Our boatman now knew better. When it was our turn to ride on the local canoe to get to a smaller lake, we felt it firsthand–how every ripple and our every movement would shake the boat. None of us wanted to fall into the brown waters. Especially non-swimmer me. I strapped on that life jacket because I knew my life depended on it. I kept telling myself, you should really learn how to swim, Mabel. 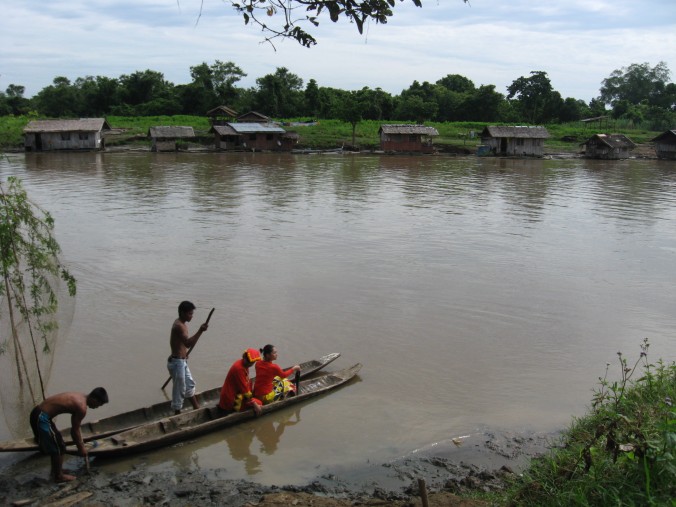 Bring in the Manobos/models in traditional clothing

4. In the middle of nowhere. On another trip, we took a break from all the boat rides (thank God) for a long drive up north of Luzon to Tabuk, the capital of Kalinga, to take a photo of Tabuk Dam. If I recall correctly, we were on the road for almost 10 hours, passing through long stretches of highway I’ve never taken before and pretty rolling hills until we reached Tabuk. Because of the long, unfamiliar route, it felt like we were heading to the middle of nowhere, but as writer Anthony Sattin wrote, one person’s nowhere is someone else’s home. And after an overnight in Tabuk, the municipality quietly revealed itself in its marketplace, schools, small towns and even in its dam, where locals would precariously walk across during the low tide. It was far from being nowhere and indeed a home to many adventurous folks.

5. A seaweed farm in Zamboanga del Sur. Seaweed farms off the coast of Zamboanga del Sur abound. After around an hour’s drive from our base in Zamboanga City, we boarded a boat that had no outrigger (memories of Agusan) in order to maneuver its way through a narrow river lined with mangrove trees. After a few minutes, the murky water and mangroves led to a shallow part of the sea, where the turquoise water and the blue sky lend itself to a stunning view.

It was so beautiful you could almost forget that a couple of months before, “sa likod lang yan,” said one of the seaweed farmers pointing to a nearby island, was where the terrorist group Abu Sayyaf passed on their way to the island of Basilan after kidnapping some teachers from Zamboanga. The farmer told it with such nonchalance I tried not to show my panicked-let’s-get-out-of-here-face. I think he still saw it though and told us we shouldn’t worry about it. “Minsan dumadaan sila sa bangka nila, pero kung may makita naman sila na hindi taga-rito…eh, aalis na rin naman kayo ngayong araw.” (“Sometimes they pass by on their boat, but even if they see someone not from here… well, you guys are leaving today, anyway.”) Oh-kay.

At the end of it all, I was grateful I got to see parts of the country that were not in many travelers’ itinerary. Oh, and after all those boat trips, I finally enrolled in a swimming class.